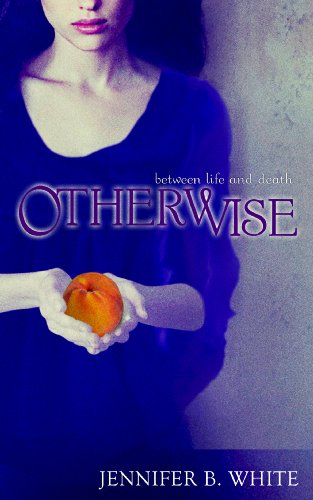 First Line:  “Delivered like a witch from a Victorian fairy tale, Delilah arrived on Hermit Meddler’s Way on gusty winds.”

Reluctantly, Delilah Gray has returned to her childhood home—a ramshackle cottage where her compulsive, hoarding grandmother, Meema, raised her. Meema’s ghostly manifestations refuse to let Delilah clean the filthy house, or to stay there peacefully. And that’s just the beginning of Delilah’s problems.

Lonely, angry, and hiding a painful secret, she tries to find a place for herself in a town that she once discovered was “in-between”—a portal to the worlds of the supernatural. Upon her arrival, Delilah unwittingly gets caught in the middle of important business between The Keeper, whose job it is to keep souls on the physical plane, and The Sender who helps speed the dead on their afterlife journey.

When Delilah discovers that she is connected to Lily Defoe, a woman who leapt to her death many years ago, and to a man who refers to himself as The Gravedigger for Lost Souls, she realizes there is more to her homecoming than she anticipated. Who she is, and who she’s been, crosses the boundaries of life and death. Nothing—not the people she meets, not this very moment in time, not even the tragic death of her daughter—is what it appears to be. Not only does Delilah have her own “soul searching” to do, but she must work with some of Green Lake’s oddest characters to uncover the mysteries of several unsolved deaths that have never been forgotten.

While strange and supernatural occurrences threaten Delilah’s already fragile emotional state, she still has a crucial choice to make that will change everything. She comes to understand that there are some things that are worse than death. There is Otherwise—to be confined to a twilight state between the spiritual and the physical worlds.

OTHERWISE is a chilling tale about lonely spirits, protective forces, and departed loved ones who are never really gone—and a woman who, after wanting to die, finds a reason to live and to love again. Only to discover what it is to be Otherwise.

This book captured my interest from the very first line and never released it. It is well written and flows beautifully introducing new characters and delivering new plot developments at exactly the right moments.  Once I jumped in, I couldn’t put it down and I must admit that I was sad when it ended.

The character of Delilah is so multi-dimensional (in fact more multi-dimensional than one even realizes), that one can not help feeling for her from the very beginning.  We are sucked into her world which at first appears to be a classic tale of a small town girl returning home to face her demons and then slowly one comes to realize that all in Green Lake is not what it seems.  All of the secondary characters are equally charming in their own mysterious and puzzling ways…especially Winnie who one can not help but love.

The human and the supernatural meld seamlessly in this novel with elements of romance, mystery, and a healthy dose of Jennifer’s wonderful wit. She explores issues of family, trust, loss, and the real meaning of “undying” love and ultimately what it means to be alive, dead, or Otherwise.

I recommend this book to anyone who seeks a paranormal lens through which to examine some very human issues.

Was it worth my Time?

« 2012 Review Copy Cleanup (March Reading Challenge)
In My Mailbox 2/19/12 »
Don't want to miss a thing? Subscribe to my newsletter and get all my posts in your inbox!