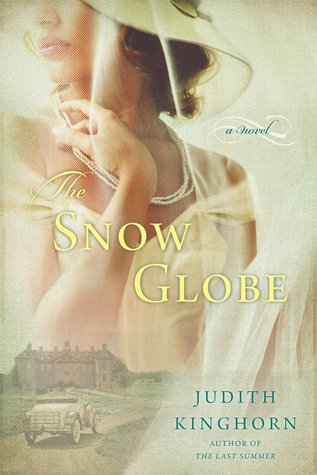 Inside the glass orb was a miniature garden and a house. If she stared long enough, she could almost see the people inside. But whether they were trapped there, or kept safe, in that miniscule snowbound world, she couldn’t have said…

Christmas 1926 holds bright promise for nineteen-year-old Daisy Forbes, with celebrations under way at Eden Hall, her family’s country estate in Surrey, England. But when Daisy, the youngest of three daughters, discovers that her adored father, Howard, has been leading a double life, her illusions of perfection are shattered. Worse, his current mistress, introduced as a family friend, is joining them for the holidays. As Daisy wrestles with the truth, she blossoms in her own right, receiving a marriage proposal from one man, a declaration of love from another, and her first kiss from a third. Meanwhile, her mother, Mabel, manages these social complications with outward calm, while privately reviewing her life and contemplating significant changes. And among those below stairs, Nancy, the housekeeper, and Mrs. Jessops, the cook, find that their long-held secrets are slowly beginning to surface…

As the seasons unfold in the new year, and Daisy moves to London, desires, fortunes, and loyalties will shift during this tumultuous time after the Great War. The Forbes family and those who serve them will follow their hearts down unexpected paths that always return to where they began…Eden Hall.

Judith Kinghorn is the author of The Last Summer, The Memory of Lost Senses, and The Snow Globe. Her novels are published worldwide and have been translated to German, French, Spanish and Italian. She lives with her family in Hampshire, England.

1 Copy of The Snow Globe (US Only)

Book Review: What We Find (Sullivan’s Crossing #1) by Robyn Carr

« Added to the Bookshelf – 3/15/15
Teaser Tuesdays – This Heart of Mine (Whiskey Creek #8) by Brenda Novak »
Don't want to miss a thing? Subscribe to my newsletter and get all my posts in your inbox!

15 responses to “Spotlight & Giveaway: The Snow Globe by Judith Kinghorn”